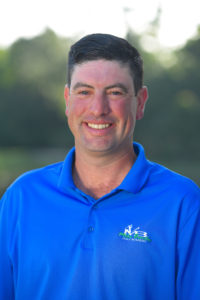 Matt Wilkes is originally from Ohio and has lived in Orlando since 1999. Matt began playing golf at a very young age and decided to take his love of the game and make it his career. After graduating from The Golf Academy of America in 2000, Matt earned his PGA Class-A membership and his bachelor’s degree in Management from the University of Phoenix.

Matt has worked at some of the top golf facilities in Central Florida including the opening of Rosen’s Shingle Creek Golf Club in 2003 and Grand Cypress Resort, where he spent his time teaching, fitting, and managing the outside services. He was also David Ledbetter’s personal assistant and general manager in Champions Gate, Florida. Matt’s true passion is teaching all ages and abilities which makes him a great fit for the staff of the Mike Bender Golf Academy.